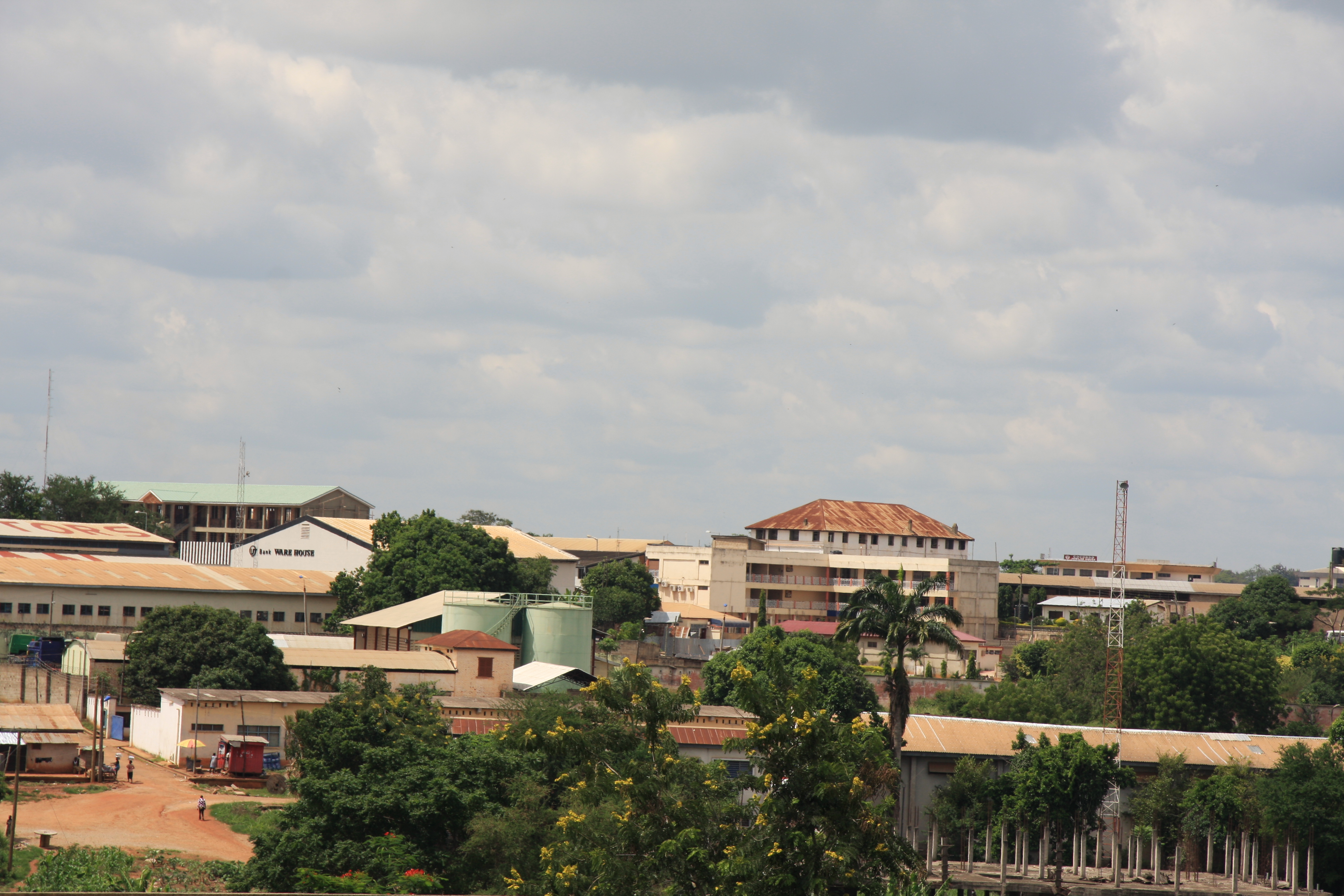 Kumasi, with a population approaching 2.3 million, is Ghana’s second largest city and the capital of the central Ashanti region. In Kumasi MCI came close to realizing our vision of putting in place valuable MDG-related programs that respond to needs identified by our research, thereby creating replicable models capable of being scaled up as appropriate, across the city and beyond.

Over the past years, MCI completed and published MDG-based needs assessments in the areas of education, gender, health and water/sanitation, produced an industrial infrastructure survey and investment guide and facilitated research by the global accounting firm KPMG that resulted in KPMG’s own investment guide and a paper regarding the feasibility of producing bamboo bikes in Kumasi, using local materials.  In October 2011 MCI led a stakeholder’s consultative workshop, where we shared our research findings and listened as a broad array of city constituents discussed their top priorities for urban development, predicated on the Millennium Development Goals and informed by these findings. MCI also trained local officials in monitoring their own progress toward MDG realization and a refresher training took place in 2013.

MCI worked to tackle educational hurdles at multiple levels. Responding to a Ghana Ministry of Education mandate that early childhood education programs be put in place at every primary school, MCI contacted and brought in early childhood development experts from Mount Carmel Training Center in Haifa, Israel, who, with tremendous support from the Government of Israel’s Office of International Cooperation (MASHAV), trained 130 Kumasi educators and set up 17 model pre-schools as a demonstration project that have been replicated, thanks also to the Government of Israel and Mount Carmel Training Center, in Accra, Ghana’s capital and another Millennium City. Hopefully, this interactive, curiosity-driven model to help young children become lifelong learners can become, with donor support, a model for country and the West African region as a whole.

For K-12, MCI first launched its first School2School Partnership program in Kumasi as a groundbreaking experiment with American 7th-graders teaching science labs on water quality testing to 145 of their junior high school peers. Since then, MCI and the Kumasi Metropolitan Education Directorate convened a number of respected junior high school principals who determined that science, technology, engineering and math (the so-called STEM disciplines) should be the focus of school-to-school partnerships going forward. In January 2010, Ericsson, Zain (now Airtel), the Mayor of Kumasi, the Kumasi Metropolitan Assembly, the Ghana Ministry of Education and MCI launched a multi-year partnership connecting numerous junior high schools to the Internet, training teachers in how to use online educational resources for the teaching of the STEM subjects and linking with selected New York City middle schools in the study of applications relating to the Millennium Development Goals. As the project unfolded, MCI tracked students’ and teachers’ usage patterns, global awareness, interest in the STEM subjects and career aspirations. We hope that this project model can inform the practices of others working in the field of online education in developing countries.

To support girls’ education in particular, and to increase young Kumasi women’s prospects for later success, MCI partnered with the New York-based non-profit LitWorld, to create and nurture 15 girls’ clubs in 15 schools and to train selected female teachers to lead these clubs, with the aim of strengthening literacy, creative expression, civic engagement and self-confidence on the part of junior high school girls.

In public health, MCI arranged medical trainings in the following sub-specialties at the federal teaching hospital in Kumasi, emergency medicine and trauma care, infectious diseases, HIV/AIDS and nutrition, lifestyle and heart disease, cataract surgeries and neonatal emergencies. It was during the neonatal emergency training that MCI partners from Israel’s Ben Gurion University discovered the dangerous overcrowding at the neonatal intensive care unit, which led them to design, build and train staff to operate two low-tech, low-cost, highly effective neonatal clinics where expectant mothers can come to deliver their babies; have them treated for minor ailments or be referred to the tertiary care center for serious problems; and receive advice on nursing, health and nutrition. Since then, other interventions designed to improve maternal and neonatal health have been introduced, including the donation by the American non-profit AmeriCares of medications effective in stopping post-partum hemorrhaging and a series of trainings in the use of ultrasound  by the London-based International Society of Ultrasound in Obstetrics and Gynecology in collaboration with engineering giant Siemens, which donated the ultrasound machines. MCI created our own Neonatal Survival Training Program, a unique train-the-trainer program piloted in Accra and Kumasi for 120 medical professionals in the American Academy of Pediatrics’ Helping Babies BreatheTM neonatal resuscitation protocol and other infant care techniques, who then followed up and shared vital family health information with more than 1,500 mothers, with the support of Johnson & Johnson, AmeriCares, the Ghana Health Service and Ministry of Health.

At the request of the Kumasi Metropolitan Assembly, MCI partnered in Kumasi with Columbia University’s Urban Design Lab, of the Earth Institute and the Graduate School of Architecture, Planning and Preservation, together with the Departments of Architecture and Planning at the local Kwame Nkrumah University of Science and Technology, to study and provide recommendations and designs for community upgrading in selected under-resourced communities.

MCI worked in partnership with the KMA to build up the structures and capacities to support the city’s efforts to identify its priority sectors for investment and effectively target and win new productive private sector investment, both domestic and international.

In its work on private sector development, MCI received significant support from KPMG and the Government of Finland. The KPMG report on Potential Opportunities for Investors was the result of several months of pro bono work by a KPMG team to gather data on the opportunities and constraints to investment in Kumasi. This work included identification of the potential for bamboo bike production in Kumasi, an ongoing enterprise. UNIDO also partnered with MCI to identify firm-level opportunities for investment in a variety of sectors.

In 2008, MCI itself compiled, published and disseminated a Kumasi Investment Guide, with the goal of making potential investors aware of the opportunities in Kumasi, as well as the climate for business and investment climate. MCI organized three Investment Days for Kumasi: in New York, London (these two in partnership with KPMG) and in the City of Kumasi itself.

Under the Government of Finland’s Regional Partnership to Promote Trade and Investment in Sub-Saharan (together with the Nairobi-based World Agroforestry and Columbia Global Centers and MCI New York), MCI provided training of local staff to understand the drivers of investment, how to conduct analysis of strengths, weaknesses, opportunities and threats (SWOT), how to research and develop sound, data-supported investment profiles, and how to effectively market these opportunities to potential investors through brochures, sector profiles, and an investment promotion website. All of these efforts supported economic development to generate jobs, new technologies, management know-how and increased tax revenues to the city.

All related research publications on Kumasi can be found at: Kumasi Research