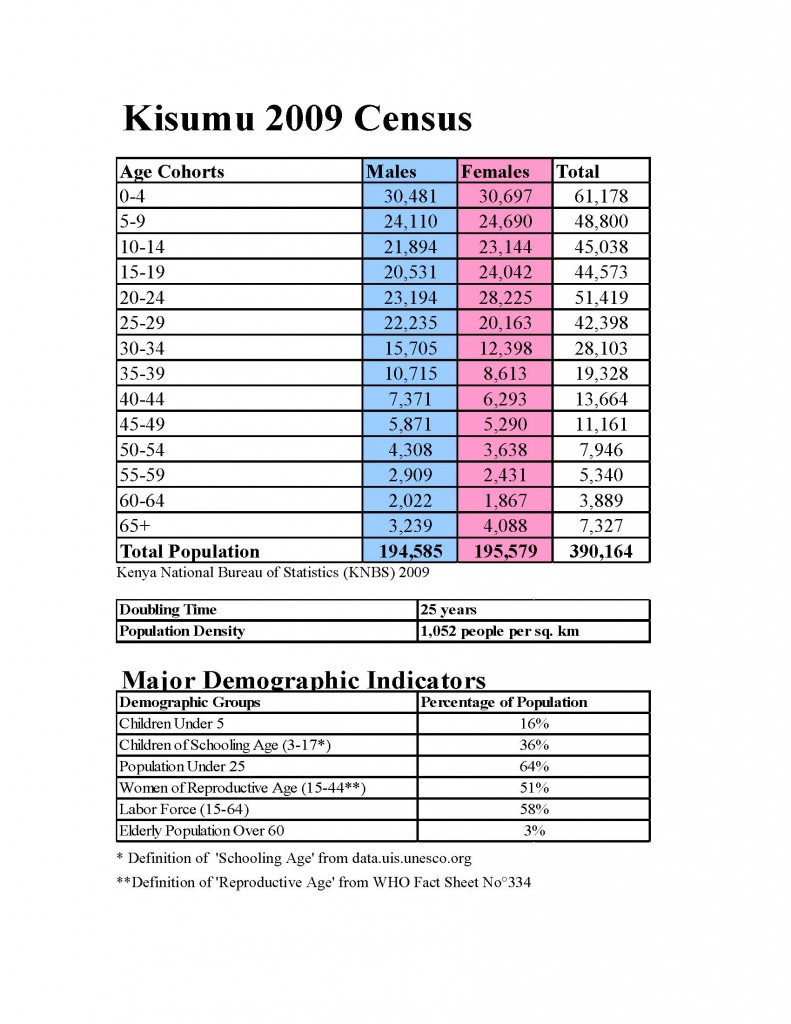 The age pyramids show that proportion of youth between the ages of 10 and 19 is also quite high.  The top of the pyramid indicates the impact of mortality on those older than 44 years old.  In 2009, the number of older adults is visibly less than it was during the 1999 census.

The graph below shows the projected populations according to low, medium, and high growth rate scenarios. It is expected that by 2015, assuming a medium growth rate of 2.8 percent, the population will be 461,539 people.