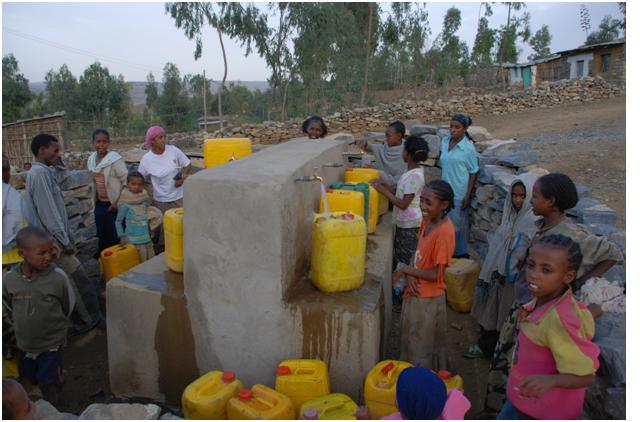 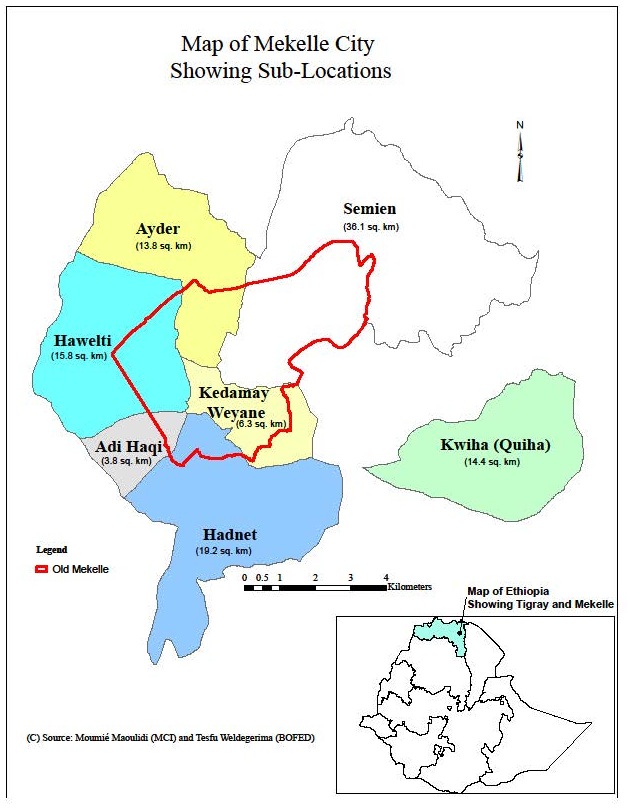 Mekelle City covers an area of 109 square kilometers.  Located in Tigray Region, the city is one of the fastest growing urban areas in Ethiopia and is the sixth largest city in the country.  The main sub-locations are Ayder, Hawelti, Adi Haqi, Hadnet, Kedamay Weyane, Quiha and Semien. 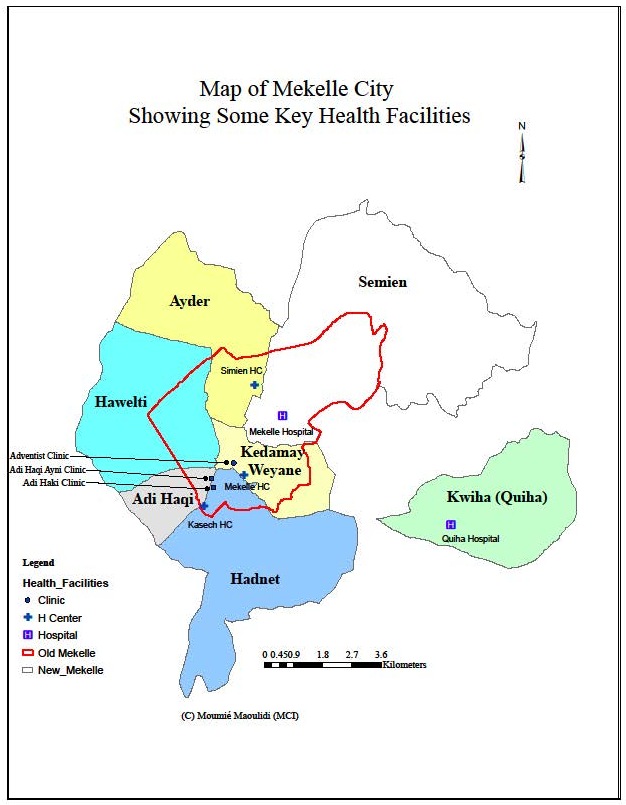 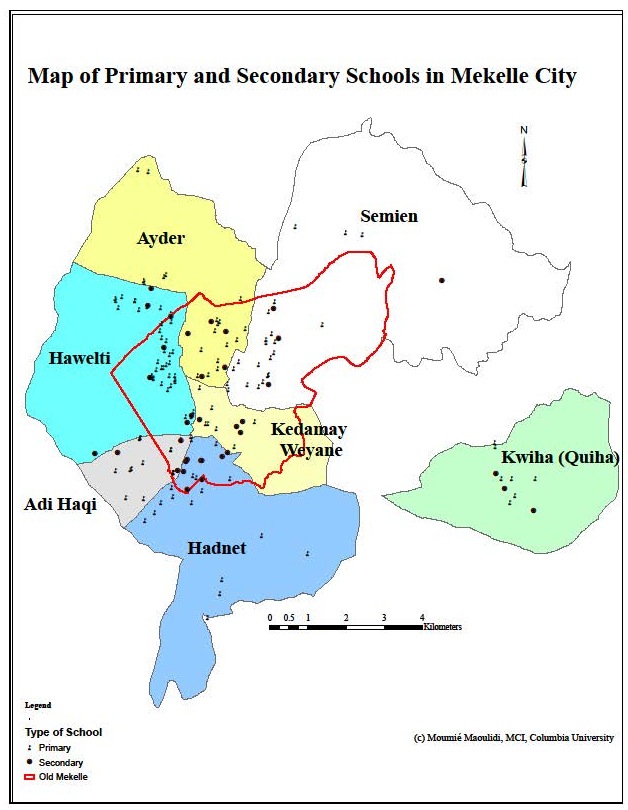 Mekelle is one of northern Ethiopia’s primary economic and educational centers, housing Mekelle University, a leading higher education institution in Ethiopia.  The above map shows the distribution of primary and secondary schools.  There are 33 primary schools, 7 secondary schools and 2 schools for special needs students. As can be seen, most secondary schools are concentrated in old Mekelle. 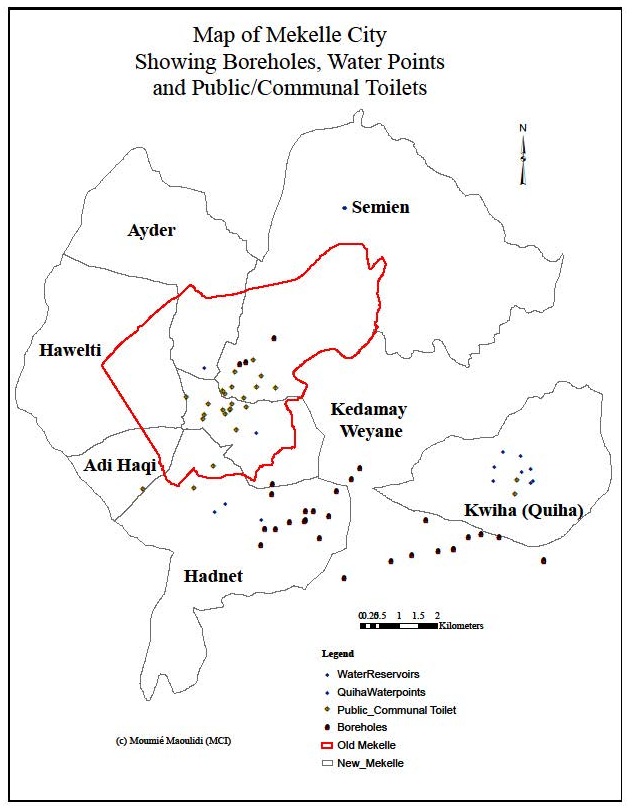 The main source of water for Mekelle City is ground water from 19 boreholes that range from 32- 250 meters deep.  As shown on the above map, the city also has several storage/distribution reservoirs, with capacities ranging from 32 – 2000 m3.   The map also shows public and three communal toilet facilities.