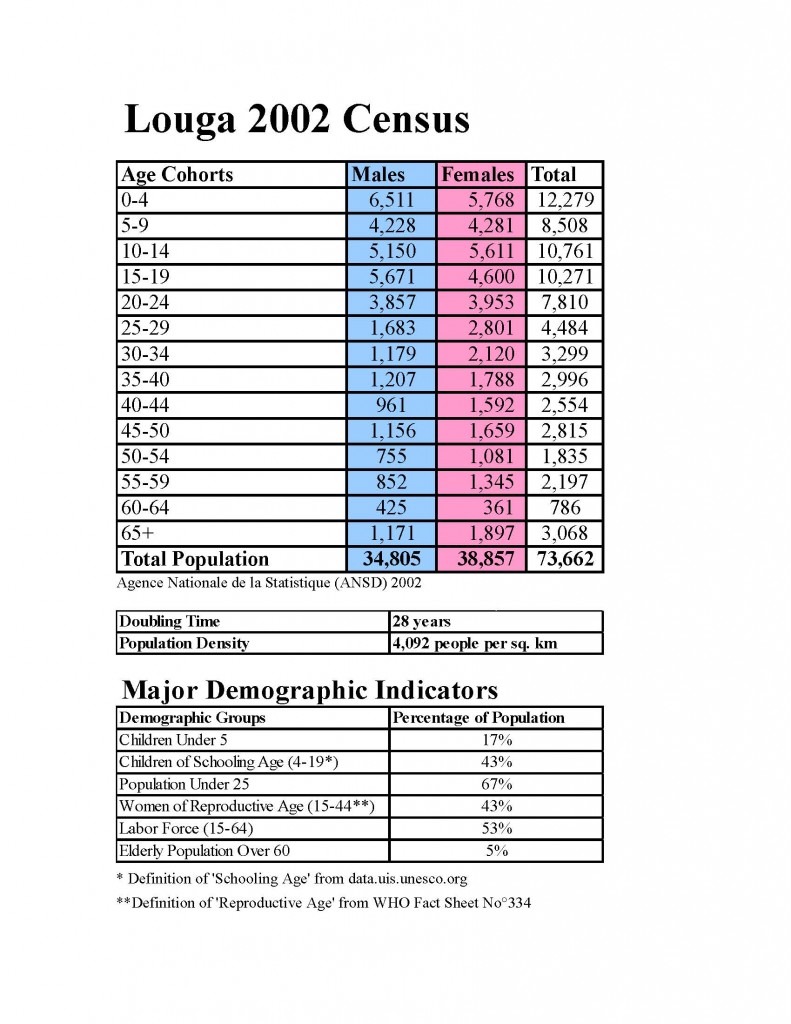 The base of the age pyramid shows that there are many children under 5 years old. 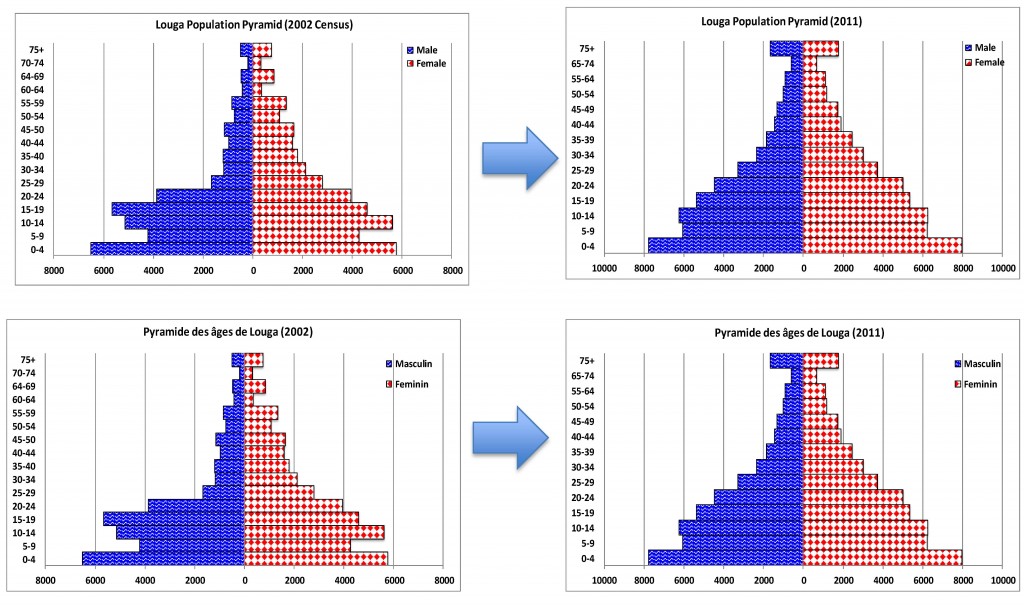 The graph below shows the projected populations according to low, medium, and high growth rate scenarios. It is expected that by 2015, assuming a medium growth rate of 2.5 percent, the population will be 101,751 people. 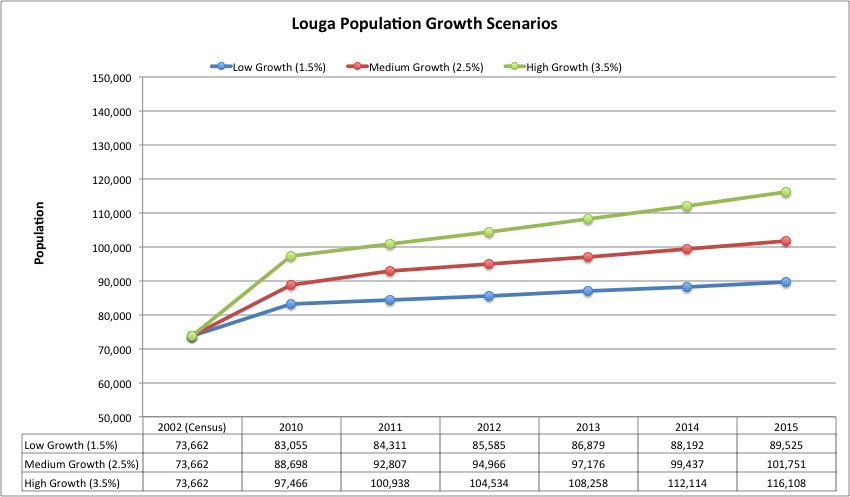