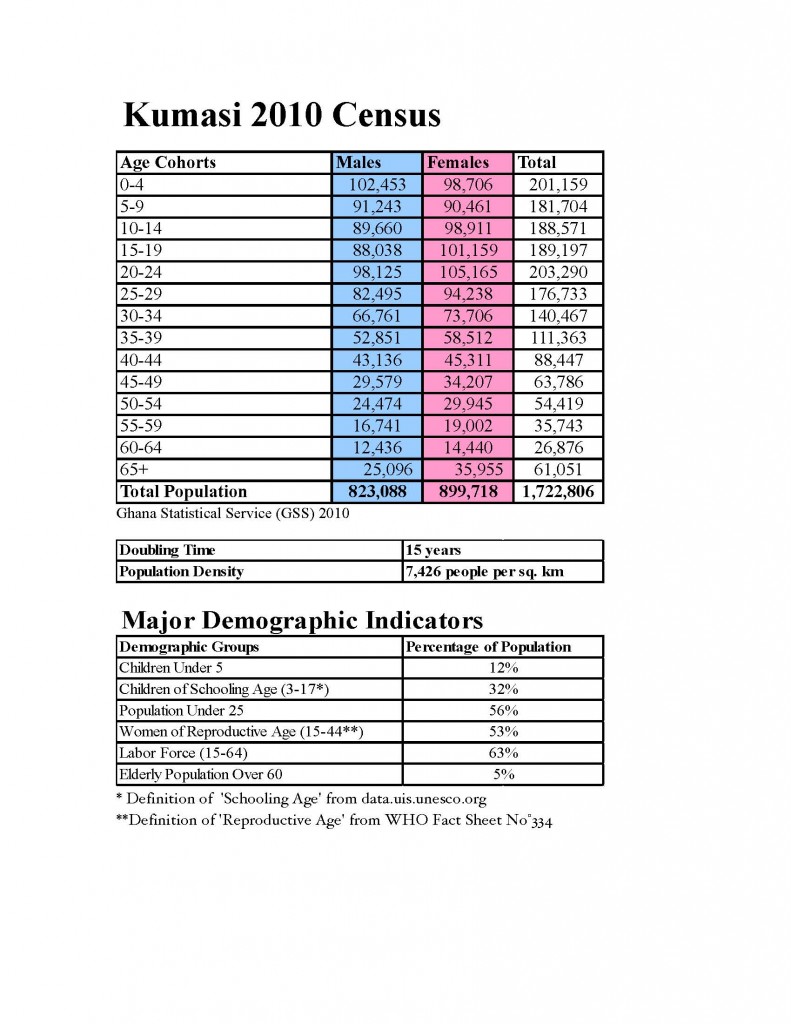 The city’s age pyramid is indicative of a young and growing population.  The highest proportion of the population lies in the 0-4 (12%) and 5-9 (12.4%) age cohorts.   The large number of dependent young people places a heavy economic burden on the working-age population.

The graph below shows the projected populations according to low, medium, and high growth rate scenarios. It is expected that by 2015, assuming a medium growth rate of 4.9 percent, the population will be 2,201,410 people. 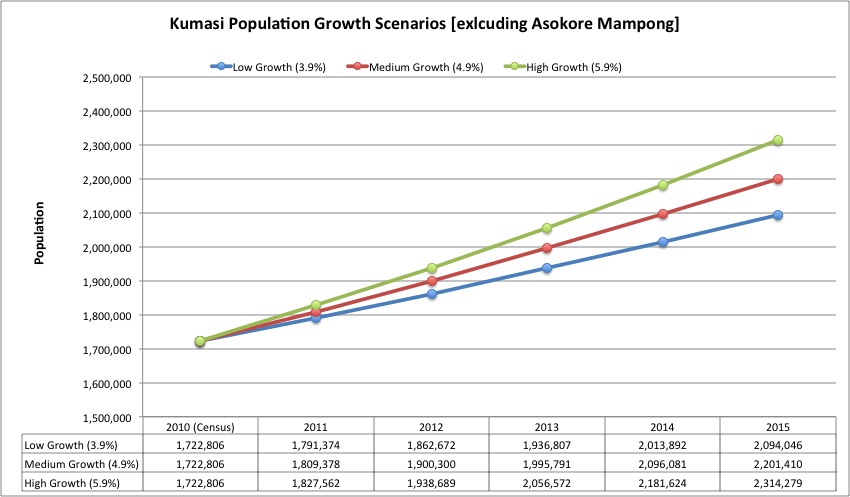