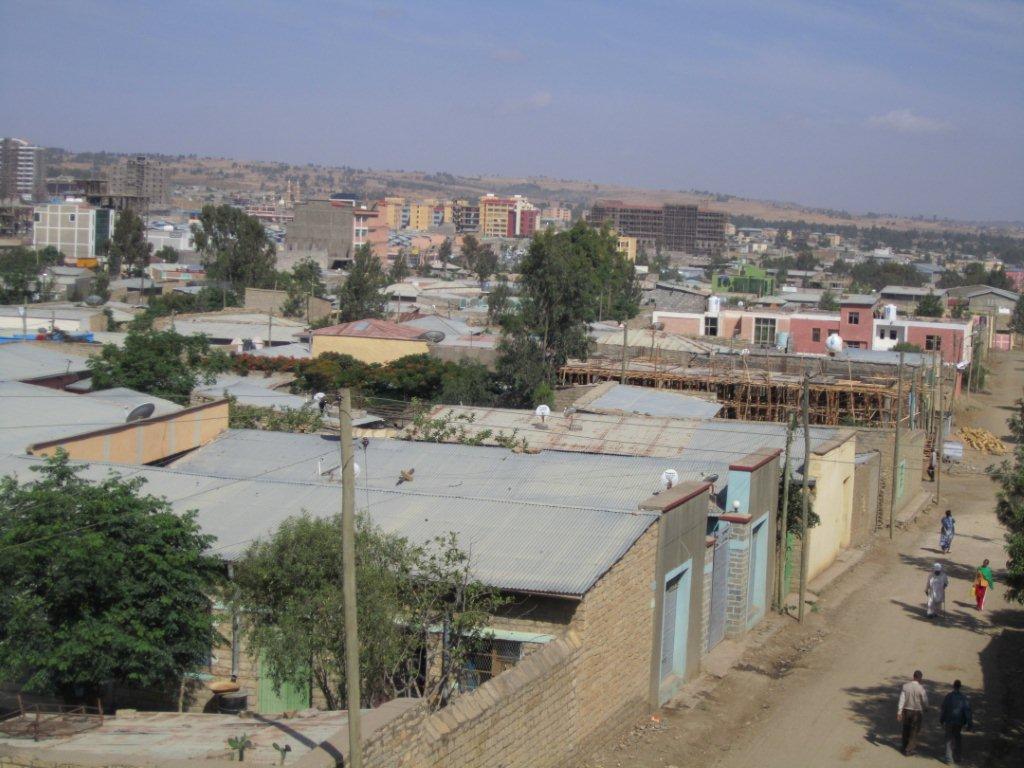 Mekelle, the capital of the Tigray Region and the largest city in northern Ethiopia, has a population of 298,000 and became a Millennium City in 2008. Mekelle is fast becoming an economic hub and educational center, boasting a new airport, medical school, teaching hospital and opportunities in tourism, agriculture (bees, poultry, livestock) agro-processing (honey, dairy, leather) and solar, with more "blue-sky" days than most spots on the planet. Yet the city, like the region, faces an increasingly severe water crisis, producing less than half the amount its citizenry consumes each day.

Mekelle was the first Millennium City for which all four social sector needs assessments were published. MCI’s research findings were presented to Mekelle stakeholders in May 2011, along with maps indicating how far each neighborhood was from achieving the MDG targets in the areas of public health, education, gender and water and sanitation, and extensive research on promising sectors for investment as well as specific investment opportunities. These data and recommendations regarding identified gaps in essential infrastructure or in the provision of public services enabled those citizens, academics and public officials gathered for the stakeholders’ workshop to rank their own top development priorities in an informed and considered way.  Their list has since been incorporated into the city’s own pro-poor development strategy.

To address challenges in the overlapping sectors of public health, education and gender, MCI brought in numerous experts to carry out deworming in the Mekelle public schools, to train educators to conduct future deworming exercises and to train medical practitioners in the areas of neglected tropical diseases, other infectious diseases and complex urological and cataract repair surgeries. In tandem with the deworming, which was carried out by physicians from Ben Gurion University, in Beersheva, Israel, the Government of Israel, through its Office of International Cooperation (MASHAV), built dozens of sex-segregated latrines in Mekelle public schools, a proven intervention to help keep girls in school. Urological surgeons, courtesy of KNOCK Foundation, helped support Mekelle’s new medical college with training opportunities for the city’s young medical practitioners. The Boston-based Himalayan Cataract Project led several missions to Mekelle, performing thousands of cataract and corneal surgeries, in addition to working with Quiha Zonal Hospital and the Tigray Regional Health Bureau to expand access to modern cataract and corneal surgery by creating a Regional Center for Eye Care Excellence there.

As one of only three Millennium Cities that participated in MCI’s Regional Partnership to Promote Trade and Investment in Sub-Saharan Africa, Mekelle’s mayor, MCI’s investment promotion specialist and the Tigray Investment Office organized capacity-building workshops and hosted Regional Partnership meetings; established a public-private sector dialogue aimed at strengthening aftercare services for existing investors; produced investment profiles, targeting potential investors and organized an Investment Day which took place in the national capital during the first half of 2013.

MCI worked in partnership with the City Administration of Mekelle to build up the structures and capacities to support the city’s efforts to identify its priority sectors for investment and effectively target and win new productive private sector investment, both domestic and international.

In its work on private sector development, MCI received significant support from KPMG and the Government of Finland. The KPMG report on Potential Opportunities for Investors was the result of several months of pro bono work by a KPMG team to gather data on the opportunities and constraints to investment in Mekelle.

MCI itself compiled, published and disseminated an Investment Guide to Mekelle (December 2012), with the goal of making potential investors aware of the opportunities in Mekelle, as well as the climate for business and investment climate. MCI pursued opportunities for backward and forward linkages to/from the Millennium Villages Project cluster in Koraro, particularly with regard to increasing the prospects for foreign direct investment in honey production and poultry.

Under the Government of Finland’s Regional Partnership to Promote Trade and Investment in Sub-Saharan (together with the Nairobi-based World Agroforestry and Columbia Global Centers and MCI New York), MCI trained local staff to understand the drivers of investment, how to conduct analysis of strengths, weaknesses, opportunities and threats (SWOT), how to research and develop sound, data-supported investment profiles, and how to effectively market these opportunities to potential investors to support economic development that will bring increased jobs, new technologies, management know-how and increased tax revenues to the city.

All related research publications on Mekelle can be found at: Mekelle Research