With the close of the Millennium Cities Initiative, MCI’s longest-term staffers gathered recently on the Columbia University campus for two days of review, reflection and brainstorming about our nine years of work.

Honorable Mayor Kojo Bonsu briefed reporters on the wide range of opportunities present in Kumasi and of the support from the Government of Finland in helping Kumasi set up an investment desk within the city administration, at the initiative of MCI. Read more in “Kumasi Awash with Business Opportunities,” on AllAfrica.com. The mayor also spoke… read more 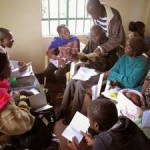 “Change Starters” was one of eight groups participating in an innovative Group Savings & Loan (GS&L) program in Manyatta, Kisumu’s largest informal settlement, brought to life by MCI Public Health Specialist for Kisumu Beldina Opiyo-Omolo, with assistance from consultant Stephen Akello. Manyatta’s GS&L program originally launched with a five-day training, and since then, the Change Starters and the other seven GS&L groups have enjoyed remarkable progress, saving change to make lasting change – for themselves, their group members and their community. 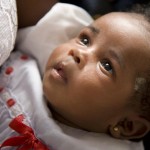 Kumasi’s two Mother-Baby Units are chronicled in “Kumasi Neonatal Units Report,” authored by MCI Regional Coordinator for West Africa Abenaa Akuamoa-Boateng, which details the progress of these low-cost, beautifully configured units – from admissions to mortality trends to the utilization of Kangaroo Mother Care. While the report points to several issues that need to be addressed, it emphasizes the success of the MBUs in increasing utilization rates – thus, decreasing the overcrowding at the teaching hospital. 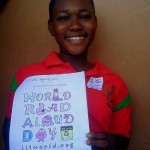 Literacy rates for youth in Sub-Saharan Africa have been rising, thanks to a genuine emphasis on improving access to education. Currently estimated at 70 percent, the youth literacy rate is expected to continue to rise, to 74 percent, in 2015.* MCI is proud to be one of hundreds of organizations – from multilaterals and governments… read more

After four years of working tirelessly with very sick patients and talented colleagues in the Millennium Cities of Kisumu, Kenya, and Mekelle, Ethiopia, the urological surgeons and founders of the Knock Foundation have now published an article, “A Model for Implementation and Sustainability of Urologic Services in the Developing World: Based on the 4-Year Experience… read more

An Autumn of Action for MCI: Director’s Report

MCI’s newly released report, “An Autumn of Action for MCI: Director’s Report,” contains a few of the highlights that have engaged MCI’s staff in recent months – from Investment Days and Donors Roundtables in Kumasi, Mekelle and Tabora, to opportunities for youth engagement in Accra and Mekelle, to two new endeavors in Kumasi, including a… read more

MCI initiated two Girls’ Life Skills Training seminars in Mekelle, whereby each training focused on a specific issue raised by the girls themselves as of particular concern to them: the first concentrated on the urgent need for safe, separate girls’ latrines in Mekelle schools, the second on the importance of hygiene in preventing waterborne disease…. read more

Blantyre, Malawi (September 10, 2013) Today Blantyre, Malawi’s commercial capital and second largest city, officially launched its new investment promotion website, InvestinBlantyre.com. With profiles of investment opportunities in areas ranging from agro-processing and manufacturing to telecommunications and tourism and a step-by-step guide to setting up a business, the site connects investors with the support they… read more